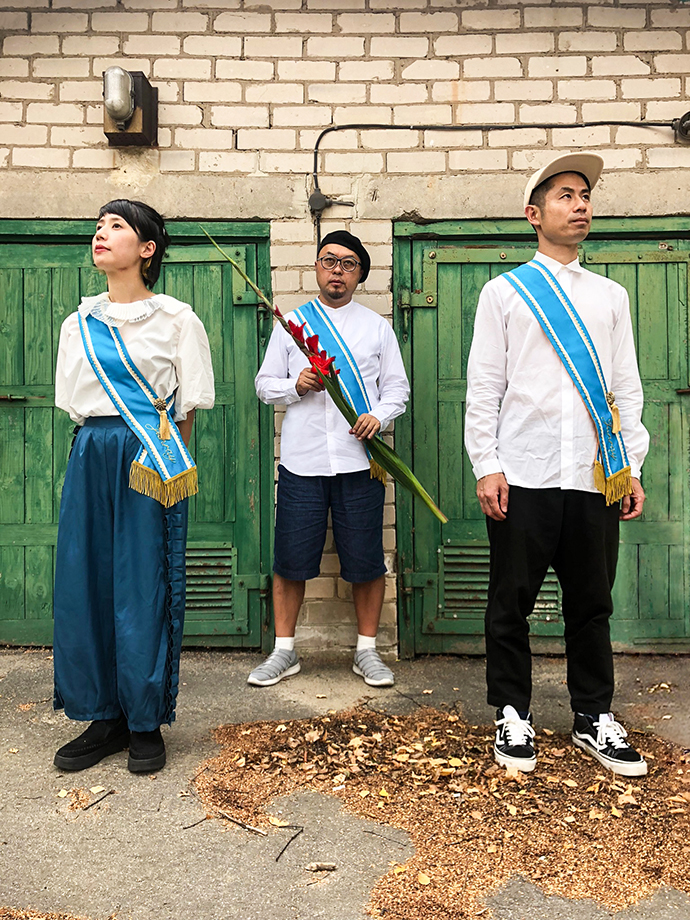 ASA-CHANG commenced activities as a solo unit in 1997. Tabla wizard U-zhaan joined in 2000, and the group began staging live performances with Junray Tronics. Its music is imbued with a distinctive vibe produced by the combination of tribal and abstract sounds.

Beginning in 2000, the group appeared at Fuji Rock for five consecutive years, a feat unmatched by any other acts.

After its 2001 release in Japan, “Hana,” its second album, was also released in the United Kingdom under the Leaf label, and was selected as the fourth best album of 2002 by the British magazine The Wire and best album of the same year by Mojo Magazine and Muzik. Besides these accolades in Europe, the group and “Hana” received extensive coverage in the music media of Australia, the United States, Chile, and other countries around the world. A collaboration with contemporary dancers in a music video created a buzz worldwide, and was followed in 2009 by the staging of “Aoiro Theater” featuring their music with dance at Setagaya Public Theatre. A production that could only have been created by a musician (and ex-makeup artist), the work garnered high ratings for its free conception untrammeled by the conventional framework of stage arts. In 2010, Asa-Chang made a fresh start as a solo unit and began to be handled by precog. It has since remained active in creative forms that go beyond established ideas of music.

In 2012, it unveiled the opus “NEW Aoiro Theater” at Kyoto Experiment 2012 with the addition of Yoshihiro Goseki and Anzu Suhara as members. 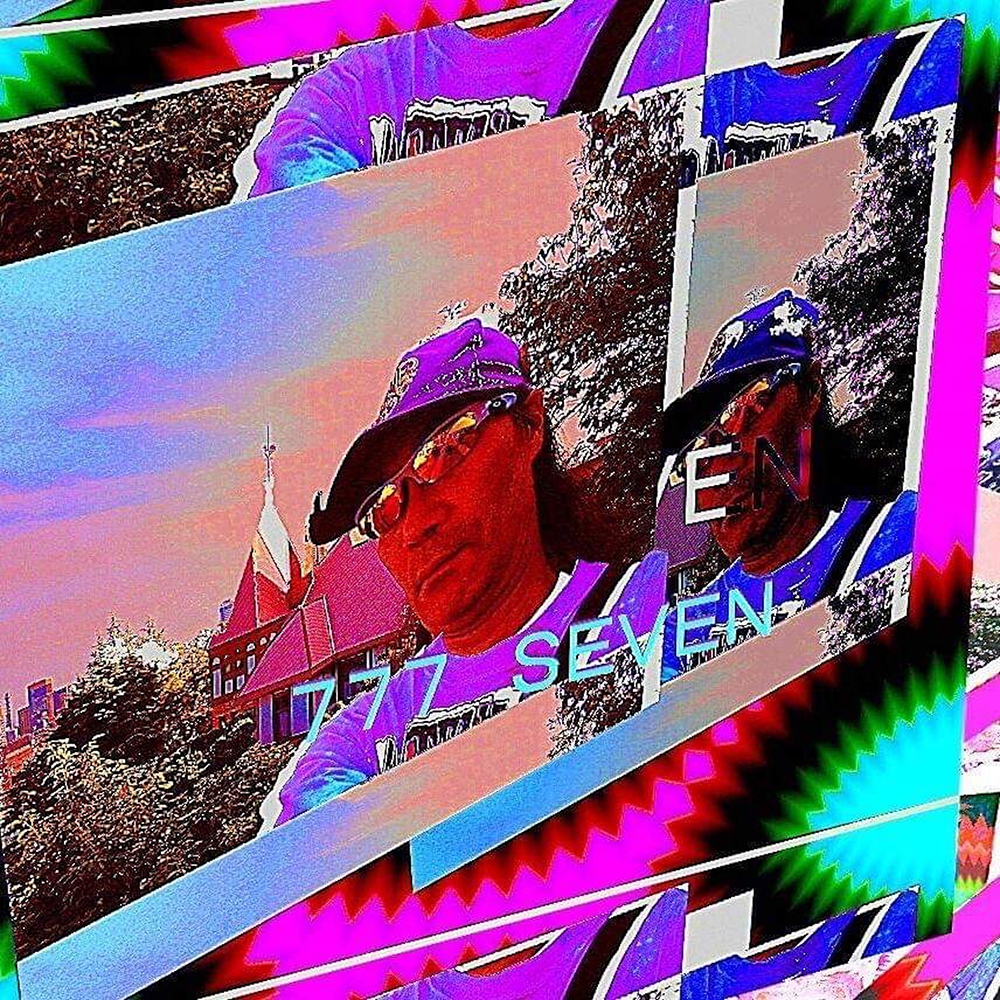 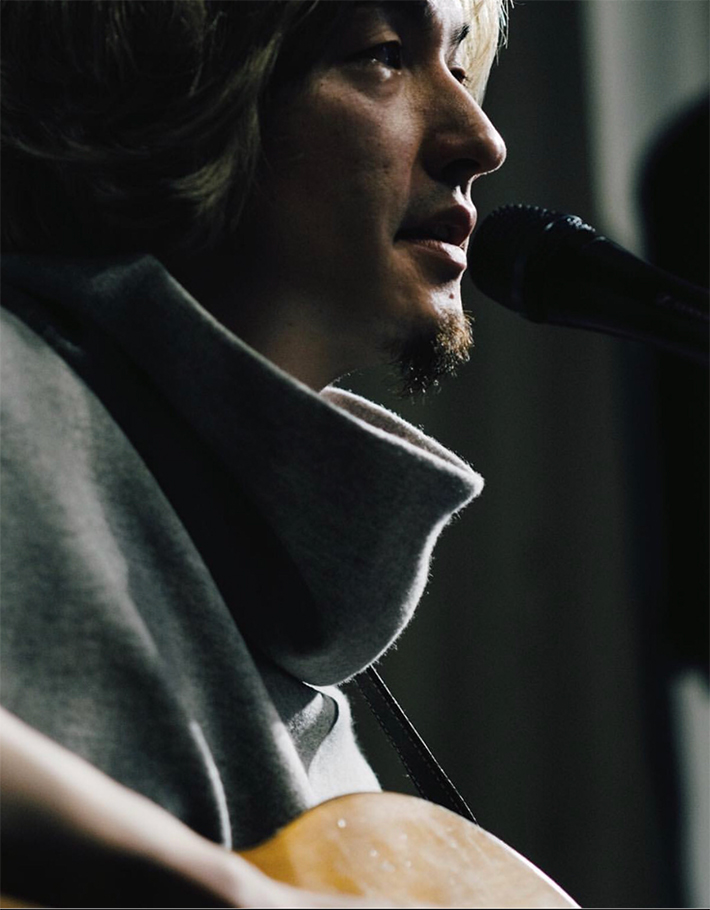 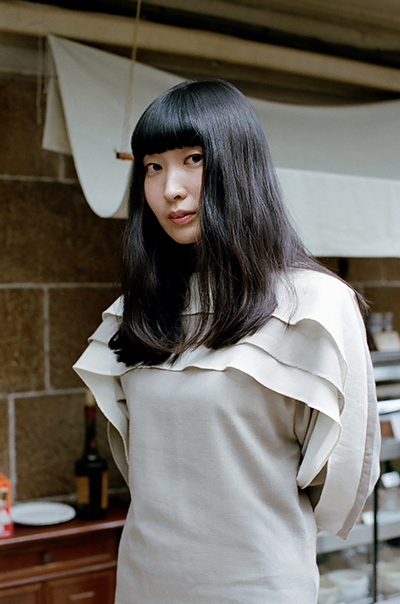 Born in Tokyo in 1981. Debuted on the piano in 2007 with the song "Onmi". In addition to being selected as the theme song for "Transfer student Good-bye you" (Directed by Nobuhiko Obayashi) and "0.5 mm" (Directed by Momoko Ando), she is also active as a CM music producer, narrator, and essayist. There are many serials on the web and in newspapers, and she released books such as “Yoshiko Kawashima an Etranze in Men's Clothing” (Bunshun Shinsho), “Nuclear Workers” (Kodansha Gendai Shinsho), “South Sea and I” (Littlemore), “Palau of that time” (Shueisha) and “Solitude of comet” (Stand Books). In 2020, the 9th album "Kita e mukau(To the north)" was released, and in June, the digital single "Hikari no Tamashi(soul of light)" was announced. In November, she plans to release "My favorite folk song for children 2". In recent years, she has also performed with overseas artists such as Lee Lang in Korea, Rachel Dadd in England, and Fernando Kabusacki in Argentina. In addition, she is also active as a band "Fuyuni wakarete(Behind Winter)" together with Reisaburo Adachi (Dr. Sax) and Wataru Iga (Bass). 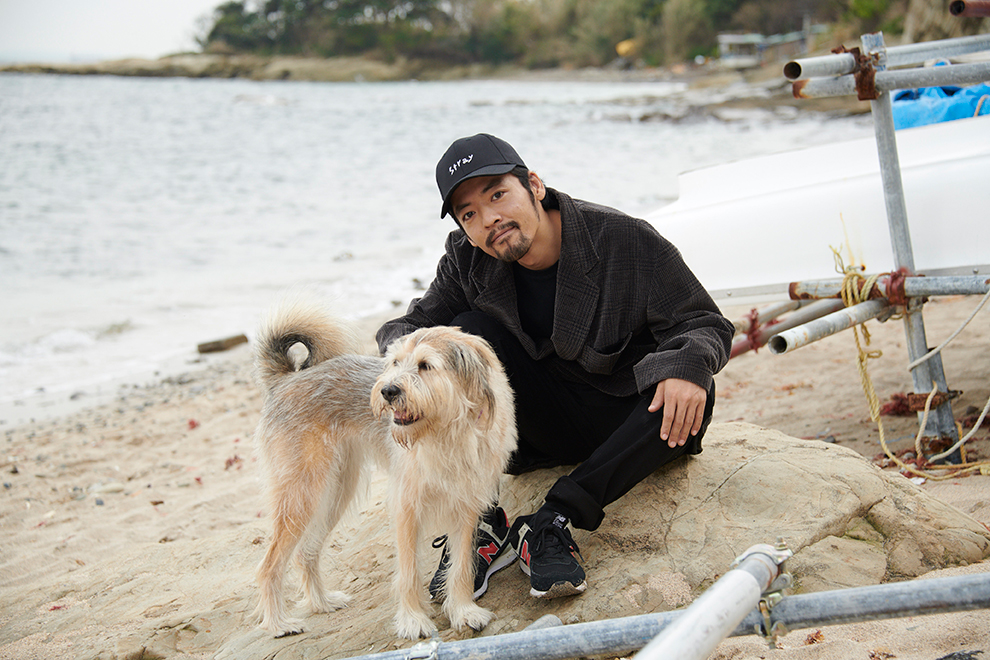 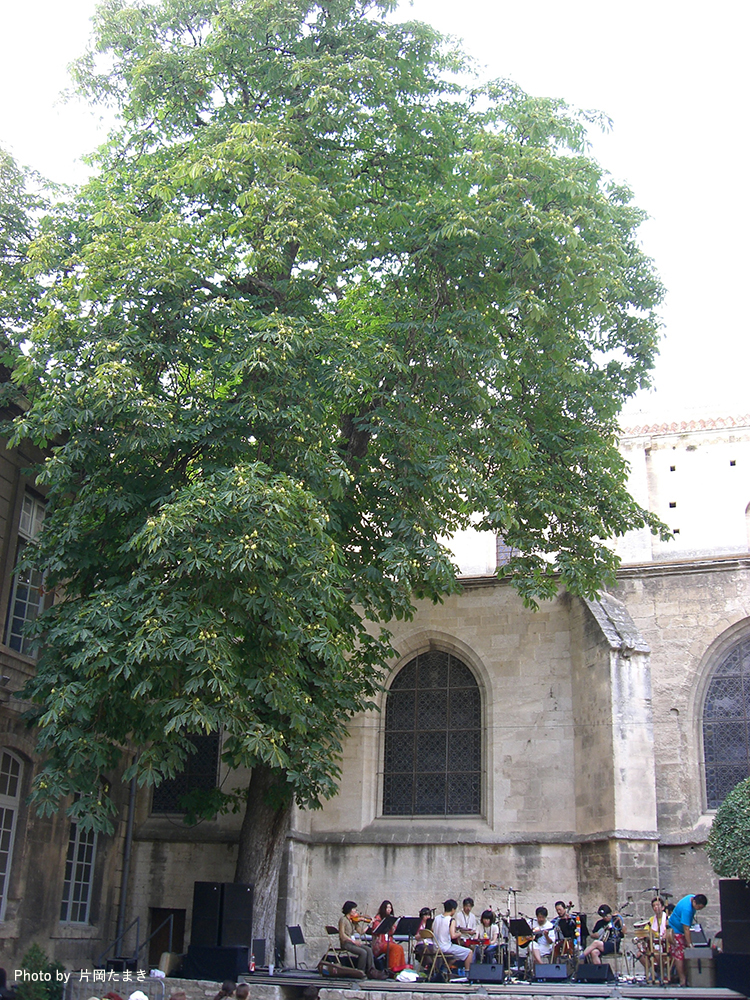 Pascals is a 14-piece acoustic orchestra whose members play a variety of instruments such as melodica, violin, cello, trumpet, ukulele, guitar, banjo, drums, recorder, musical saw and various percussion and toy instruments. The sound they create has a unique openness that is lively like a fluffy cloud.

The keyboard player Rocket Matsu formed Pascals in January 1995 with his friends, and their first album, ‘Choristian Dior’, was released in November 1997.

With French avant-garde musician Pascal Comelade's recommendation, Pascals released the album ‘Pascals’ in February 2001 in Europe, the US, and Asia.

The album received the best recommendation of the month from three acclaimed French media outlets, Le Monde, Télérama, and Les Inrockuptibles, which is quite an achievement since it is very rare to receive these three recommendations together. Many other French music magazines praised them in reviews.

In November 2001, Pascals was invited to participate in their first overseas music event, the Trance Musical Festival in Rennes, France, which is where they met members of Run Production, a French concert tour production company. Ever since this blessed encounter, Pascals has done seven European tours and one Oceania tour, all successfully organized by Run Production.

So far, Pascals has released eight original albums and three DVDs in Japan and four albums overseas. Their latest album, ‘Time and Tide’, was released in September 2018. 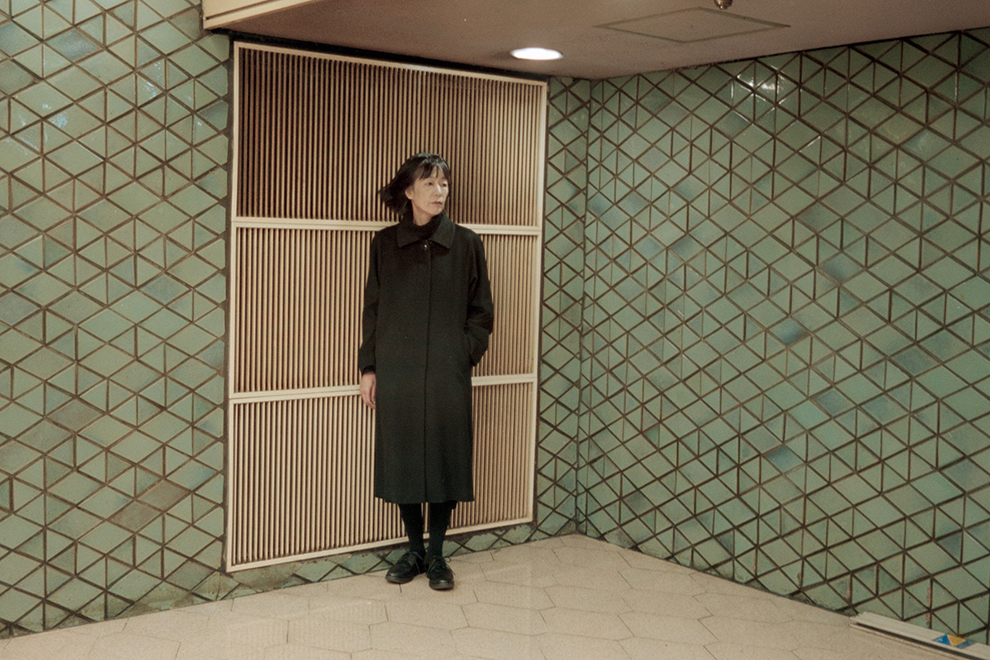 Phew is a legendary figure in Japanese underground music. Starting out in 1978 fronting one of Osaka's earliest punk groups, Aunt Sally, and going on to collaborate with a whole host of notable names as a solo artist in the 80s, including Ryuichi Sakamoto, Conny Plank, Holger Czukay and Jaki Liebezeit of Can, Alex Hacke of Einstürzende Neubauten, and Chrislo Haas of DAF. In recent years she's made music on record or live with Ana da Silva of The Raincoats, Jim O'Rourke, Oren Ambarchi, Ikue Mori, and Yoshimi of OOIOO / Boredoms / Saicobab. For Disciples however, the most interesting aspect of Phew's work is the fact she has made her strongest musical work in the last few years, working entirely on her own. There's a lot of interest from crate-digger type labels in her early 80s new wave oriented work, and the names she's worked with are impressive, but there's no doubt in our minds that her two most recent records, Light Sleep and Voice Hardcore, are modern classics. It’s this period of her work that we were keen to explore with these releases, a contemporary archive of incredible and unique music. 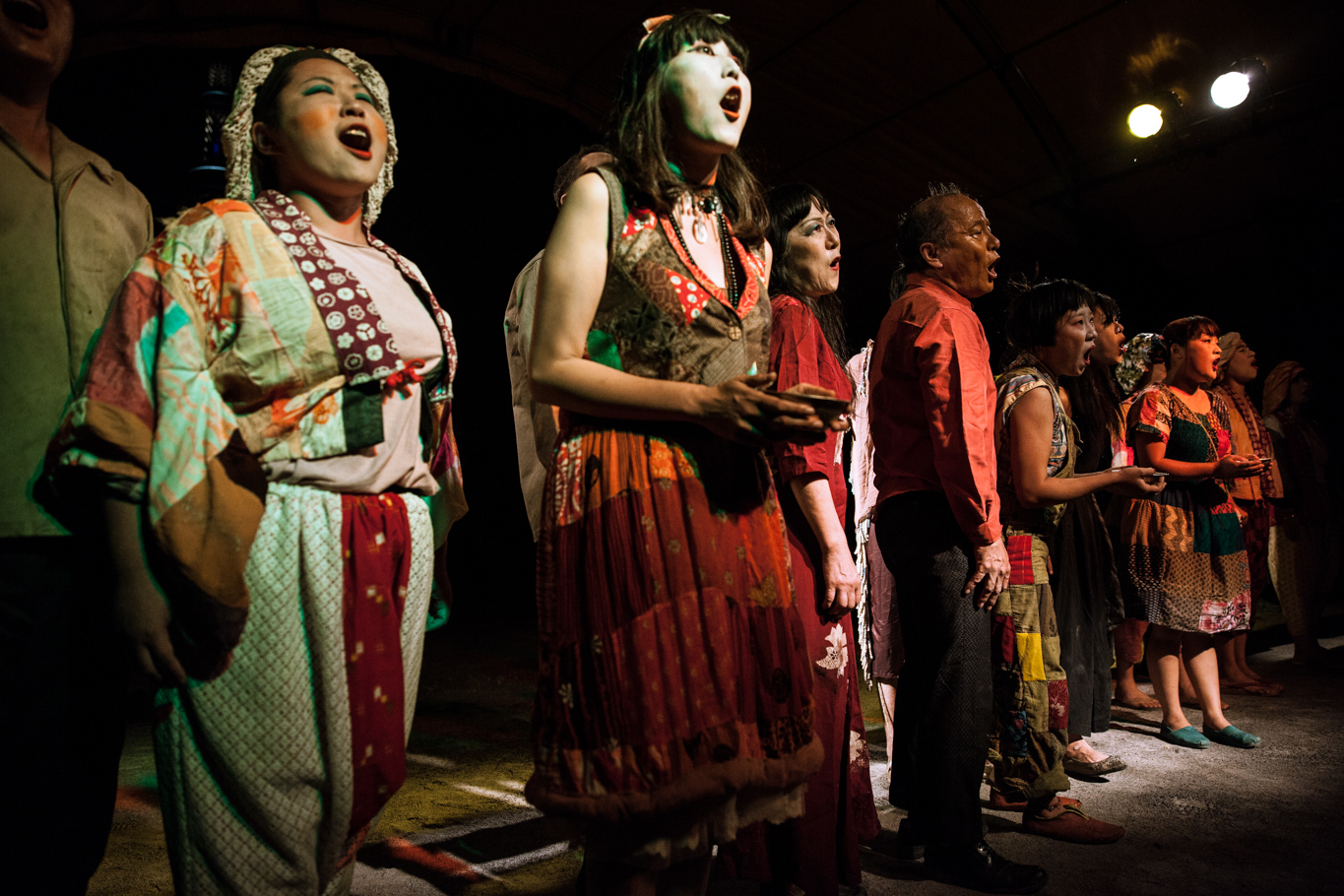